We anticipate having the spring 2022 order forms available in late January, so be sure to check back then to place your order

Beginning in 2017, Extension Master Gardeners have offered this unique resource to educators who want to teach others about growing plants in the Granite State. The seeds are donated by stores and mailed to eligible educational groups, including  schools, home schools, Boy Scout and Girl Scout troops, 4-H clubs, community gardens, youth groups and individuals conducting education. Over 100 vegetable, herb and flower seed varieties are available.  Details change slightly from year to year and are described in an online order form.

The free seed program was started by Master Gardener Gary Sheehan, who got the idea after hearing of a similar program at the University of Rhode Island Cooperative Extension. “At first I had no idea how to go ahead, so I, and four or five other Master Gardeners, pounded the pavement visiting local garden shops asking for discarded seed packets and started collecting.” They found that, not only did smaller garden centers throw away the past season’s expired seed packets, but so did larger stores, such as Walmart and Home Depot, who are frequent contributors. Although “the seeds are technically expired by a month or so when we get them,” Gary says, “germination tests conducted the past two years showed the seeds were viable.”  Read More.

This program is made possible annually through generous donations of seeds and through the efforts of New Hampshire Master Gardener volunteers. 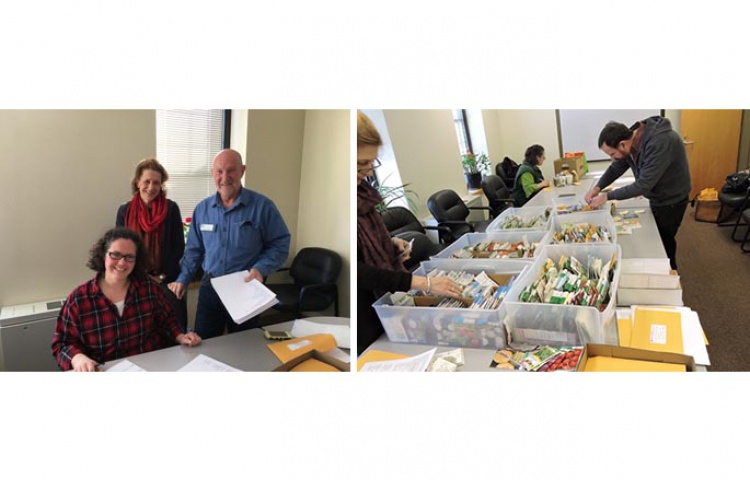 Thank you to our supporters!