Research at the cutting edge

On a chilly October morning, floriculture researchers from around the world gathered at the Macfarlane Research Greenhouses for a little bit of research speed-dating. Members of the Floriculture Research Alliance (FRA) received an up-close look at research conducted by the NH Agricultural Experiment Station through a series of short presentations in the greenhouses.

FRA members hail from universities and private horticultural companies from across the world. State Extension specialist and Experiment Station researcher Ryan Dickson, who has been part of the FRA for more than five years, arranged the tour. According to Dickson, the FRA was in New Hampshire for its annual stakeholder meeting. The Macfarlane Research Greenhouses is a facility of the NH Agricultural Experiment Station.

“The FRA supports applied and cutting-edge research directed at helping horticultural businesses overcome production and market challenges,” he said. Another major focus of the group is to support the training and professional development of horticulture students who aspire to join the industry or academia. “These are leaders in the greenhouse and floriculture industry, and we’re quite honored to have them come through UNH.”

FRA members split up into small groups and made stops at four different stations that showcased the latest greenhouse research. At one station, Dickson briefed visitors on his research on how crops effect root-zone pH levels and the use of sensor and logging scale technology to improve irrigation practices. 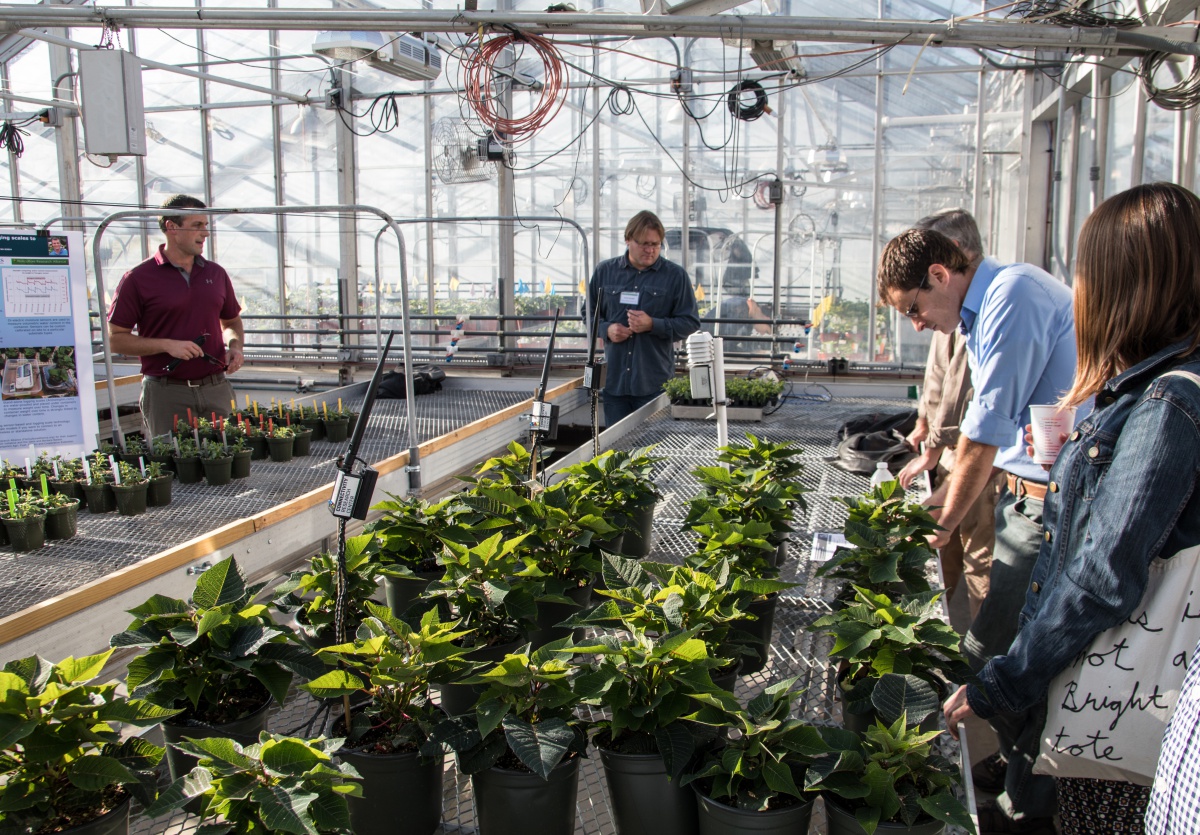 Visiting researchers were impressed with what they saw. Charles Hall, a professor at Texas A&M University and a member of FRA whose research focuses on the economic aspects of floriculture, said the work Dickson and others are doing in the Macfarlane Research Greenhouses tackles important issues with high economic value.

“Research that tends to be cutting edge looks at advancing the discipline and assisting the industry,” he said. “Every project here at UNH obviously has an economic dimension to it, whether it’s what’s important to the floriculture industry, or the state itself, and that’s a critical question.”