Extension’s 4-H program and Fish and Game have partnered since 1984 to operate Barry Conservation Camp. Extension has taken on the primary role of administering the camp, from hiring counselors and processing registrations to managing the logistics of running the camp. 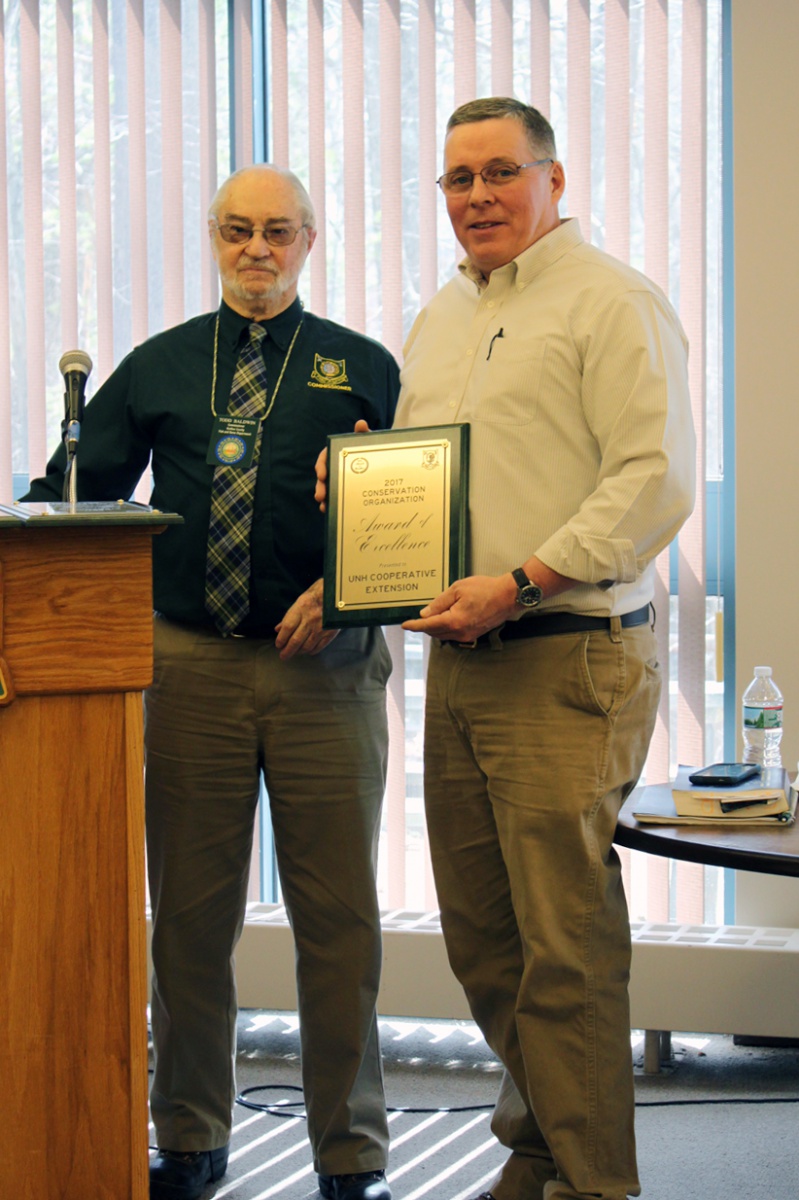 Located on the grounds of the Berlin State Fish Hatchery and U.S. Forest Service lands, the camp educates youth about wildlife and natural resources and helps them develop life and leadership skills. The camp consists of six rustic cabins, a multipurpose building with a gathering space and dining hall, and other amenities. Each summer at camp, youth take part in sessions on 4-H shooting sports, hunter education, fishing, camping and more.

“Over the years, thousands of kids have benefitted from Barry Conservation Camp. But without the partnership with UNH in this conservation effort, we would not have had the success in reaching so many youth and teaching them about conservation, nor would we be able to continue to do so for future generations,” said Fish and Game Commissioner Todd Baldwin.

The Conservation Organization Award of Excellence recognizes organizations that have excelled in enhancing the welfare of fish, wildlife and marine resources in the state, as well as supporting the achievement of Fish & Game’s mission.

During his acceptance speech, Barker also highlighted the contributions of long-time Barry Camp director Jamie Welch, who is retiring after 12 years of serving as camp director. Barker noted that Welch is a former camper.

“Jamie has been dedicated, talented, creative and simply an exceptional directory by every measure. Barry Conservation Camp has enjoyed tremendous demand over the last few years and Jamie’s leadership is principally responsible for that. Not only is the programming superb, but so too is the climate and culture at camp,” Barker said.