Lynn Garland was perplexed. It was the early 1960s and Garland was a junior in high school. Active in both 4-H and Girl Scouts, she thought her future was clear. She was going to be a nurse.

“I did the Girl Scout training for the nurse’s aid program,” Garland recalls. “You had to work so many hours at the local hospital. I did that and found out that the nurses weren’t happy. They were frustrated with their working environment. I couldn’t see myself in that kind of setting.”

But what would she do instead? A timely visit from her county 4-H program leader reset her course. “You’ve done so well with the 4-H home economics programs,” the agent told her. “Why don’t you study home economics education at the University of Maryland?”

It was the answer Garland was looking for – and it began her four-decade career in 4-H. A long-time Rockingham County 4-H Extension educator, Garland retired in 2008 but remains an active New Hampshire 4-H volunteer.

And now, the organization she’s given so much to is set to recognize her accomplishments. In June, Garland was named to the National 4-H Hall of Fame, one of 15 individuals to be inducted this year. The 2018 Hall of Fame class will be honored at a special ceremony at the National 4-H Youth Center in October.

“I still can’t believe it. It’s so special,” Garland says. “The people I have known who have been inducted into it are people I’ve admired, respected and looked up to. It’s an honor.”

Garland’s roots in 4-H stretch back to her childhood in Maryland. Her mother was a 4-H leader, and because meetings were held at their home, Garland started going to club meetings “as a kind of tag-along member” at age 7. She especially enjoyed working on what were then called home economics projects and stayed involved with her 4-H club until she went to the University of Maryland.

But even at college, she still found ways to be involved with 4-H as a collegiate 4-H member. When the state 4-H office needed new staff, Garland was one of two students recruited. A later internship with a 4-H educator in Maryland “sealed the deal” for a 4-H career path, Garland says.

In 1969, she arrived in New Hampshire, where she became the Rockingham County 4-H youth development agent. For the next 40 years, Garland organized and supported 4-H clubs, members and their leaders, in addition to designing curricula and educational programs.

She also coordinated 4-H exhibits and activities at the Stratham and Deerfield Fairs, designed curricula and educational programs, chaperoned trips from locales as close as the Isles of Shoals to as distant as London and worked with generations of youth as they grew and matured into true leaders. 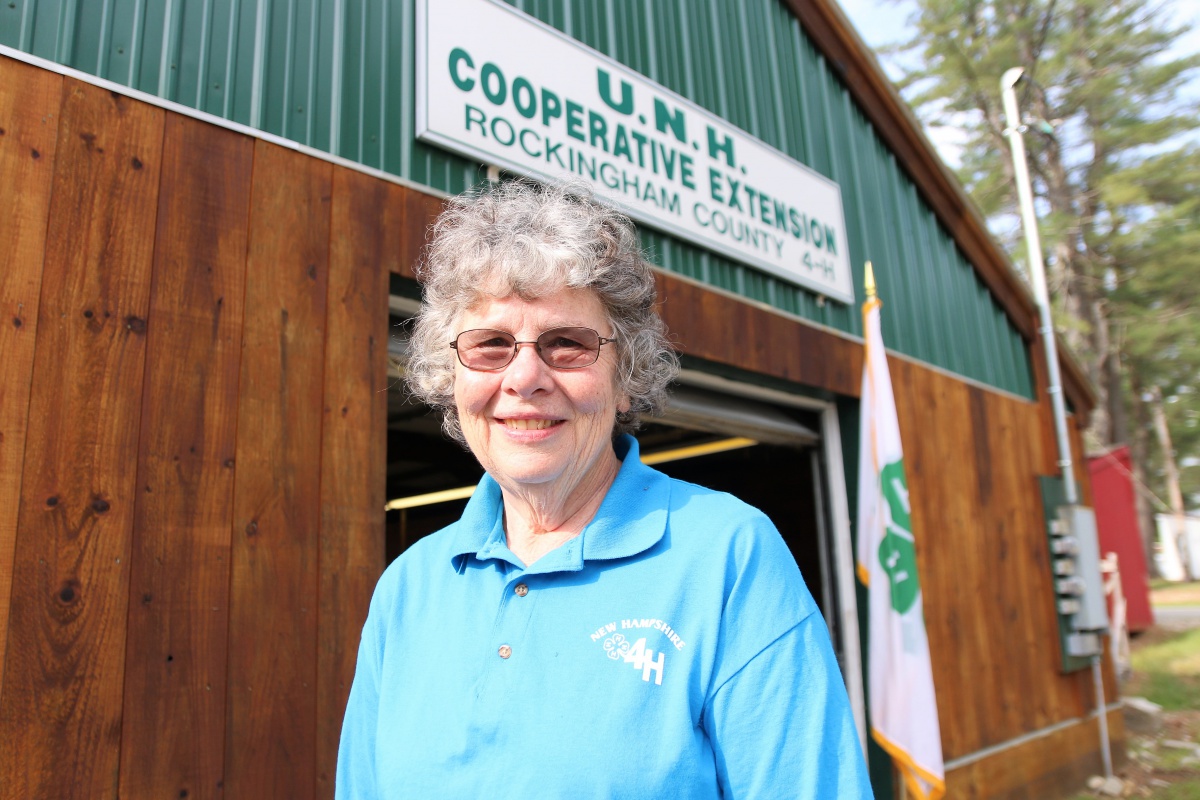 “You’re part of everybody’s extended family when you’re active as a 4-H Extension educator,” she says. “You get to watch kids grow up from the time when they’re so little they can’t be seen in front of a table when they’re doing their first demonstration to when they’re delivering public presentations with such ease that they totally impress everyone in the audience.”

She’s particularly fond of the family and consumer science field trips to New York City she and colleague Charlotte Cross organized in the 1980s and 1990s. The trips gave youth an up-close look at the variety of opportunities in the fashion world, from visits to costume designers and art museums to tours of the Fashion Institute of Technology and major fashion publications. One of her favorite parts of the trip: rallying youth to attend early-morning tapings of the Today Show and Good Morning America.

“They still remember that trip as being very special,” she says.

Garland also worked on national 4-H curriculums on financial literacy and served as part of the editorial team for the first edition of “4-H Stories from the Heart,” an anthology of essays from 4-H leaders and participants. Working with a team of 4-H’ers and volunteers, she helped launch the annual Rockingham County 4-H Spaces Conferences, which introduced youth and adults to an array of hands-on workshops on science, technology, personal development, environmental issues, and more.

And then there were the fashion revues, food festivals, craft workshops, equine career days, canoe trips, Christmas caroling at the Rockingham County Nursing Home, and so much more.

“One of nice things about working in Extension is that there’s never a day that’s the same,” she says. “You think you’re doing one thing and all of a sudden a volunteer comes in or someone needs help with something and you make sure you take care of the people who are part of Extension and open up the doors so they can be successful with the youth in their programs.” 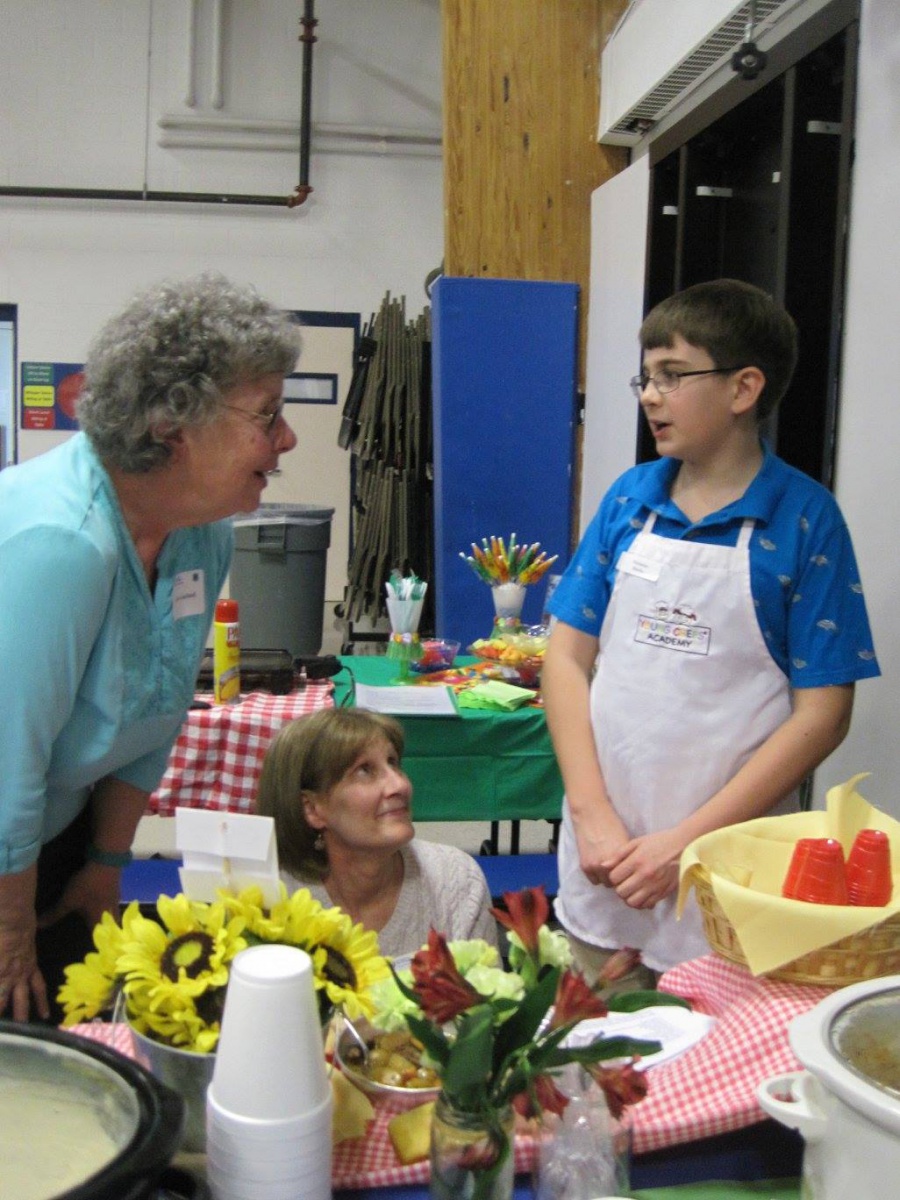 Charlotte Cross, an Extension state specialist who worked alongside Garland for many years, wrote Garland’s hall of fame nomination.

“Lynn was always ready and willing to take on new projects,” Cross says. “If there was something new and creative coming down the pike, she wanted to be part of it. Lynn always had a smile on her face. She was always so enthusiastic with her leaders and her 4-H kids and she never lost that sparkle and that enthusiasm.”

After retiring in 2008, Garland and her husband took time off to travel the globe. But she soon returned to Extension to lead the Strafford County 4-H programs after a colleague was injured.

“Then, the Strafford County funds for Extension were totally cut, but by teaming up with volunteers and youth, 4-H remained active and we helped restore funding so staff could be hired,” she says.

Garland is still passionate about 4-H. Though she retired 10 years ago, she’s still active as a 4-H volunteer. She loves working with youth, forming friendships with families, and keeping in touch with 4-H’ers she worked with in the past. Her enthusiasm is infectious.

“I still love teaching kids sewing and doing crafts and community service projects with kids. I have a good time, I still enjoy going to fairs and giving positive feedback to kids on projects. They say it takes me forever to judge because I love talking to kids about what they’ve learned and celebrating what they’ve accomplished,” she says. “There’s not much in 4-H I don’t enjoy.”