Participants might attend a hands-on demonstration or a technical class about how trees respond to being tapped. It's a classic Extension model, Roberge says, with experts, educators and peers coming together to hone their craft, network and become more efficient.

"It's helped with meeting new sugarmakers, especially ones who are just getting into the industry," says Chris Pfeil, a frequent Maple School instructor. Pfeil is a longtime sugarmaker, and his Wilton-based company, The Maple Guys, sells sugaring equipment and supplies. "A lot of people who are sugaring don’t really get into the forestry behind it, and Steve brings that strength to Maple School."

Last year, more than 100 attendees gathered in Tilton for sessions on organic certification, food safety, sugarbush layout, marketing and more. Attendees chose classes throughout the day based on their level of sugar-industry skills.

"If you're a novice, there's going to be something for you, and the same goes for a person who’s been doing it for 40 years," Pfeil adds. Last year's Maple School participants had operations ranging from 25 to 7,000 taps, which creates an atmosphere where new perspectives and tried-and-true methods bubble up together. 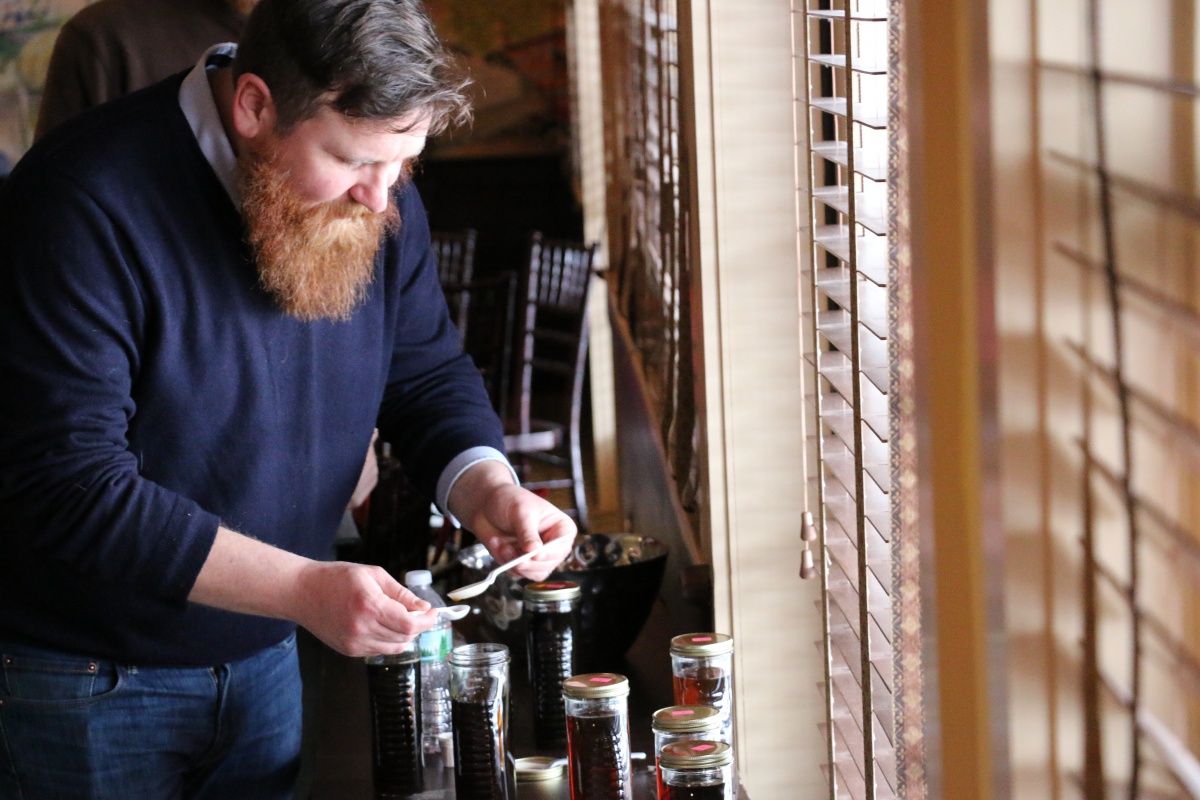 Syrup production is a serious part of the Granite State economy. In 2017, New Hampshire sugarmakers produced 154,000 gallons of maple syrup, with total sales of $8.5 million, according to the USDA. With more than 500 sugarmakers throughout the state, Roberge says, the industry has a whole local economy behind it.

That opens up unique opportunities for education. A typical day at Maple School includes the latest research from Extension educators and other universities, hands-on equipment demonstrations and business workshops. Of course, there are also plenty of sweets to go around in classes on making candy, maple cream and other treats.

"The combination is strong for our program, and attendees really appreciate the diversity of fields presenters represent," Roberge says.

This story originally appeared in the 2017 edition of Radius.