When it’s time to deliver baby goats in the spring, Kailey Deighan sleeps in her family’s barn in Center Ossipee. She is there to help the nanny and to clean up the kids, warm them in her jacket and bottle feed them every three hours. Deighan understands the patience required to raise and love an animal because she joined 4-H at just 5 years old. Now a teenager, she’s well versed in the practical aspects of time and money management. She has responsibility over seven Nubian goats and leases cows from nearby Remick Farm.

Strike up a conversation with Deighan and it becomes immediately clear that she’s an articulate, poised and loyal farmer who is constantly learning something new. She’s shown goats, dairy cows, horses and even her family’s dog named Foxy at 4-H competitions.

“When I set up a heifer, I’m making sure the top line is smooth,” says Deighan, who explains that she is perfectionist, especially when it comes to showing animals. As soon as she steps into the show ring, Deighan wants to make sure that each animal is set up appropriately and every hair is in the correct place. She is meticulous when it comes to clipping. “I’m constantly improving my technique,” she says.

The awards she has won over the years are too numerous to list—including ribbons, trophies and certificates from local, regional and national competitions. She has attended the National Youth Summit on Agri-Science (Washington, D.C.), National 4-H Dairy Conference (Madison, Wisconsin) and Eastern National 4-H Horse Roundup (Louisville, Kentucky).

If Deighan had to pick one special memory that she is particularly proud of, it’s winning first place in showmanship for dairy goats at the Eastern States Exposition (The Big E) in West Springfield, Massachusetts. When she first began showing goats at age 11, she was a novice—completely new to the world of goat showmanship. Over many years she taught herself through lots of focus and study, including watching YouTube videos of fellow 4-H'ers. Taking home first place this past fall of 2019 proved to her that hard work and dedication does pay off.

In addition to showing animals and mastering agricultural knowledge through events like the 4-H Horse Quiz Bowl Contest, Deighan has grown as a leader through team building and service-learning opportunities. “I wouldn’t have developed public speaking, resume writing or interviewing skills without 4-H,” she says.

As a way to give back to the organization that has given her so much, Deighan serves as Co-VP of the State Youth Leadership Team, which means dedicating lots of hours to planning events like the 4-H Youth Leadership Retreat. It’s a role she happily takes on.

“We call it the 4-H Family. We have a blast together. At competitions we’ll help each other out. If someone has multiple animals to show during a competition and another 4-H'er is free, they’ll fill in.”

While only a junior in high school, Deighan is already looking ahead to her future. She would like to follow her interests in science, biology, chemistry and “how things work” to pursue either veterinary medicine or animal science. 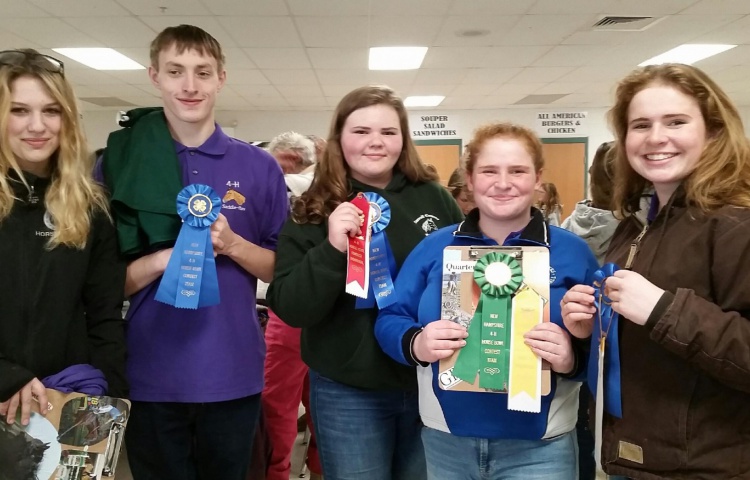 Beyond furthering her own education, Deighan believes it’s important to share her knowledge with others. That’s why she wrote a proposal for a grant to get kids interested in 4-H through activity stations at the 2019 Sandwich Fair. She was awarded $1,000 to create and present outreach activities, which she called “A Taste of 4-H.” Deighan learned about budgeting and how to manage a project to provide an overview of several 4-H areas ranging from STEM to dairy goats. She even designed a logo for drawstring bags that kids could take home.

Deighan thinks fairs are great places to educate the public about agriculture and where their food comes from. “I love answering questions,” she says. “I will be there cuddling with a big Brown Swiss and people will see that relationship and bond between human and animal. When they stop to ask questions, I know they will walk away with the correct information.”

Get Involved with 4-H 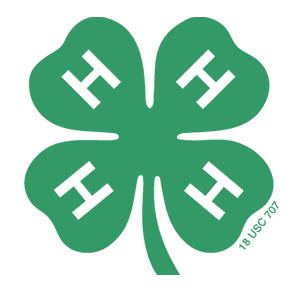