Guy Giunta Jr. loves lilacs and the flower’s purple color. So much so that he wears purple “almost all the time, really.” Two of his cars have ‘lilacs’ and “lilac” as license plates, and his antique Cadillac has ‘lilac.’

Guy perfectly fits the bill as chairman of the Governor’s Lilac and Wildflower Commission, which promotes and encourages the planting of lilacs and wildflowers through civic, service and garden clubs. He’s always loved lilacs, “even as a kid growing up. I never thought I would one day be the lilac commissioner.”

The former landscape specialist supervisor for the N. H. Department of Transportation says, “The lilac commission will issue lilacs, but it has to be on public lands,” he says and speculates the commission “has introduced at least 100,000 lilacs plants in the state.”

The purple lilac, Syringa vulgaris, is New Hampshire’s official state flower. In early 1919, there was heavy debate in the legislature about which of nine flowers should be considered. After much back and forth, the state finally voted the purple lilac on March 28, 1919, “because it symbolizes the hardy character of the men and women of the Granite State.”

Lilacs can live several centuries and have quite a past. The oldest living lilacs in North America — believed to have been planted from English stock in 1750 — may be those at the Wentworth-Coolidge Mansion in Portsmouth, a N.H. State Park and a National Historic Landmark. In the late 1700s, both Presidents George Washington and Thomas Jefferson grew lilacs in their home gardens and recorded the details.

There are more than 20 species of lilacs that originated from Europe and Asia. In addition to purple, lilacs come in red, blue, pink, white, mauve, and yellow. “All lilacs do fine” in N.H., says Guy, a Sanbornton resident, who grows “probably 20 varieties of lilacs.”

A new lilac bush takes three to four years to establish. Lilacs are hardy from zones 3 to 7, and need a cold, dormant period to prompt flowering. They also need well-drained, acid-to-alkaline soil. A sunny location is a must for full flowering to occur. For many lilacs, traditional bloom is the second to the fourth week in May. The clump must be watered, either by nature or hose, about one inch weekly. Fertilize lilacs in spring with compost or a balanced, all-purpose fertilizer. 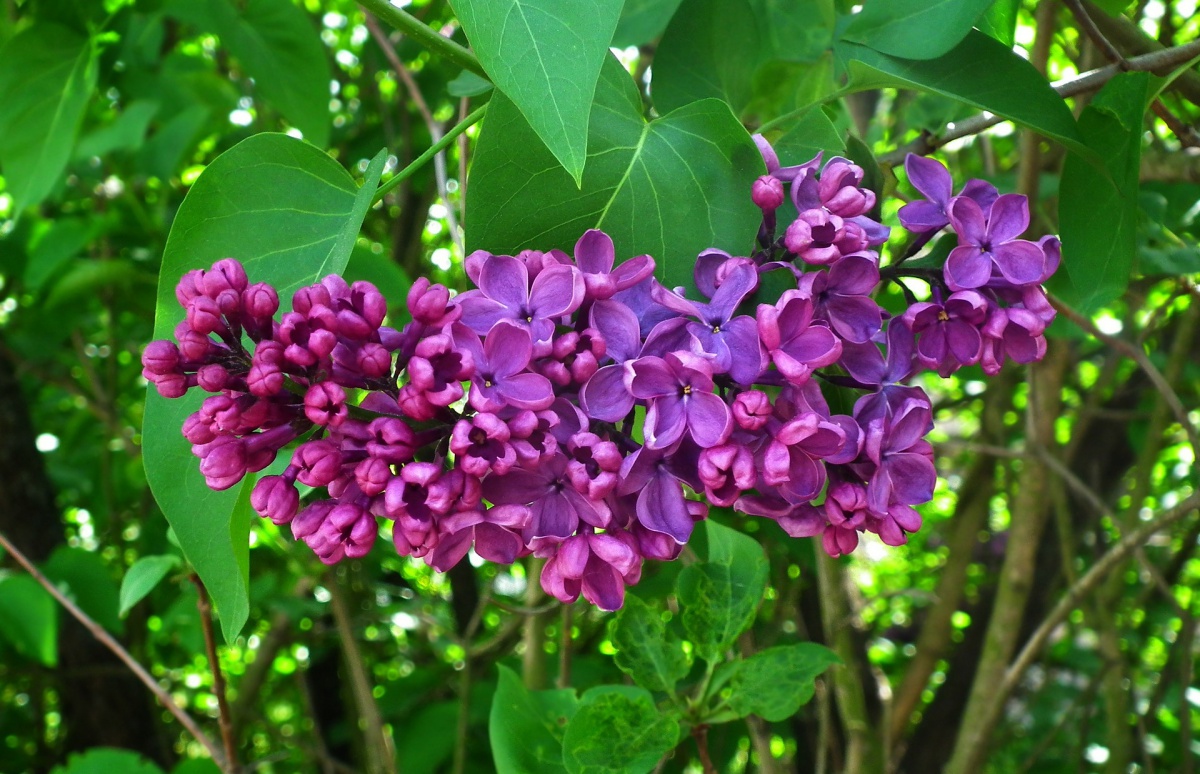 According to the Governor’s Lilac and Wildflower Commission, powdery mildew — white spots on both sides of leaves — is the most common fungal disease problem of lilacs. The symptoms show up during humid summers, but usually aren’t serious to plant health. To prevent the fungus locate plants in full sun, provide air flow through the bushes by pruning and plant lilacs away from other vegetation.

Gardeners who prefer the leaves on their lilacs to stay green and healthy, or have a persistent powdery mildew problem, can apply a preventative fungicide carefully following the directions on the label. If planting lilacs for the first time, choose cultivars resistant to powdery mildew that are available for purchase at local nurseries and garden centers.

“I’ve been pruning lilacs over 50 years,” says David Seavey, an honorary member of the Lilac and Wildflower Commission and former educator of Agricultural Resources for UNH Cooperative Extension. Although some advocate pruning after bloom, the first point David makes about pruning lilacs is that it’s best to prune in early spring. “Usually people prune after bloom,” says David, “but sometimes it’s better to prune earlier, before bloom.”

If you’ve pruned every year, remove one or two of the oldest stems first, and near to the ground. The goal is to have a “fountain shape” to the shrub, “not four or five stems on one side and two on the other. That puts too much visual weight on one side and the shrub is lopsided.”

When thinning start at the top. Cut close to where the branch meets another branch, “You want to allow light and air to pass through the plant when you trim,” he says. Search for and cut brown, dead or diseased stems. Collect trimmings and discard to prevent later infection. 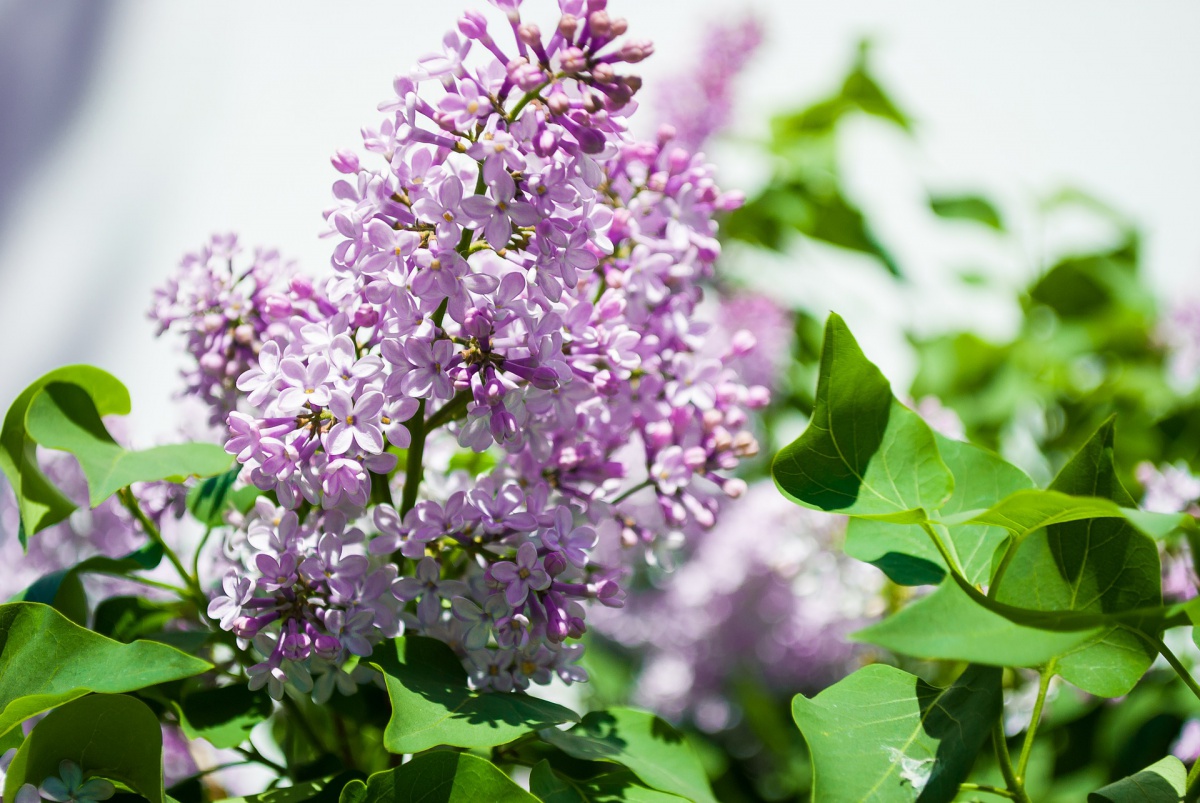 The master pruner says he sees neglected clumps of lilacs all the time. “This is particularly true with common lilacs, they send up a lot of suckers, spread out a lot and get too tall.” When pruning an overgrown lilac, remove “some of the oldest stems first by cutting them close to the ground. Don’t leave six-inch stubs,” David says. “Cut stems that are touching or rubbing each other. Small shoots, suckers, will come up, so gradually cut the weak shoots out and allow the stronger ones to remain.”

The bottom line — the ultimate goal, he says, is to replace old stems with new ones so the entire clump has stems of different ages, from one to seven or more years old.”

UNH Cooperative Extension Master Gardener volunteers share information about home, yard, and garden topics with the people of New Hampshire. Got questions? Master Gardeners provide practical help finding answers to your questions through the Ask UNH Extension Infoline. Call toll free at 1-877-398-4769, Monday to Friday, 9 a.m. to 2 p.m., or e-mail us at answers@unh.edu.