What are the best flowering trees for a small yard?

Trees are often considered the backbone of the yard, giving the landscape structure, height, texture and color. Since they are expensive and potentially very long-lived, it is important to choose a species that that will fit in the garden when it reaches maturity. A small yard may only be able to accommodate a tree that reaches 15 to 20 feet. Fortunately, many of the most popular and attractive flowering trees remain fairly small and can fit in yards with limited space. 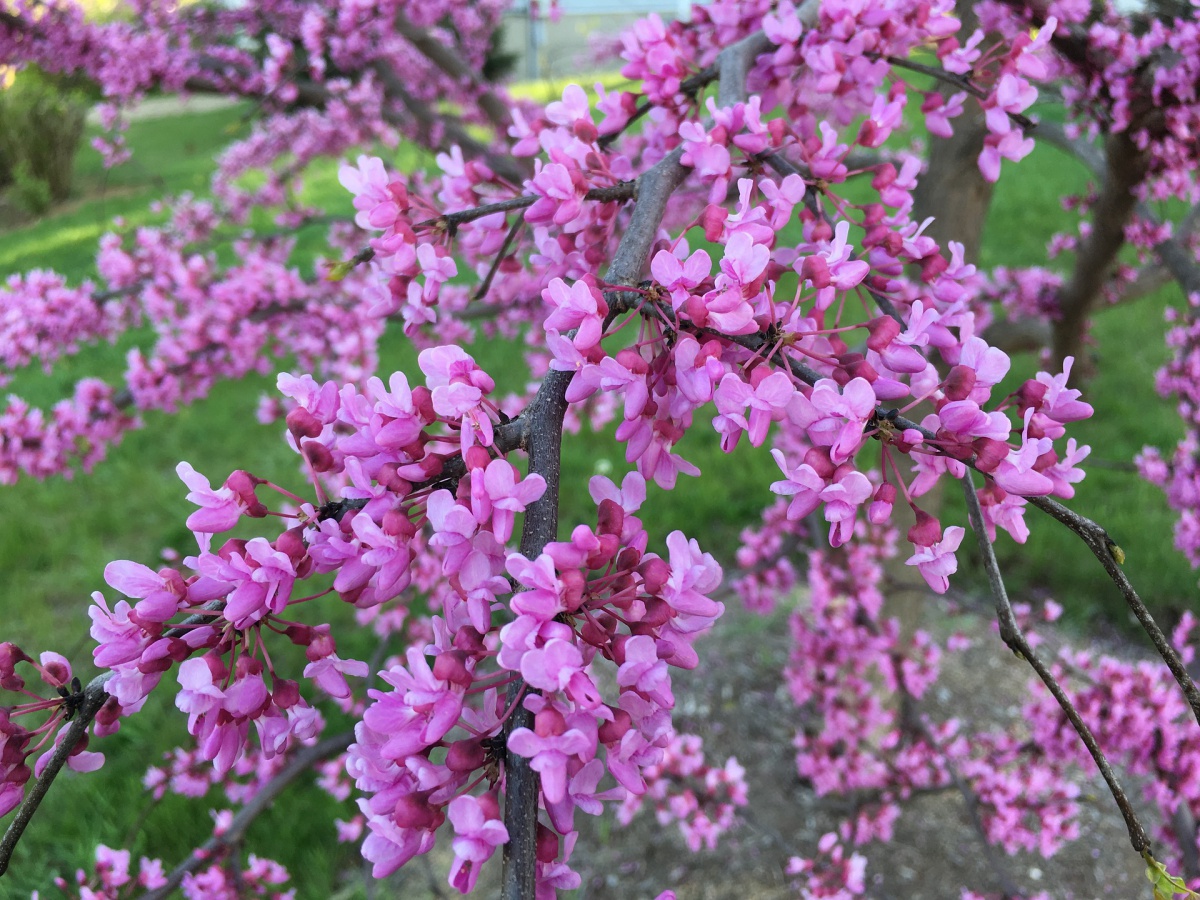 Redbud is one of the few small flowering trees that is native to eastern North America. It is a deciduous, often multi-trunked tree with heart-shaped leaves and pea-like flowers that bloom on the bare branches in early spring. Redbud grows best in well-drained, consistently moist soils in full sun to part shade. Though often listed as cold hardy to zone 4, dieback is possible under extreme winter conditions. The species can grow 20 to 30 feet tall and wide, but some cultivars (cultivated varieties) remain smaller or have a weeping habit, such as ‘Ace of Hearts,’ ‘Cascading Hearts,’ ‘Appalachian Red,’ or ‘Pink Heartbreaker.’

White fringetree is another small tree from eastern North America whose range doesn’t quite extend into New Hampshire. It is usually multi-trunked, reaching just 12 to 15 feet tall and wide in most landscape settings. The leaves of white fringetree are oblong and often shiny on the upper surface, and the delicate drooping flowers bloom in May and June. White fringetree has separate male and female plants, and both must be present for fruit production. The female trees produce dark bluish fruit in late summer that is attractive to wildlife.

Kousa dogwood has largely replaced flowering dogwood (Cornus florida) in the landscape, because it has much better disease resistance and cold hardiness. It is a small, deciduous tree with a vase-shaped habit when young that develops into a more rounded form, ultimately reaching from 15 to 30 feet tall. Showy “flowers” appear in May and June (the true flowers are held in a small yellow cluster surrounded by four large, white bracts). Showy pinkish red fruit develops in summer, which is edible, but so full of seeds as to not be worth the effort. Fallen fruit can be messy, so it might not be the best tree to plant near a deck or patio.

As kousa dogwood matures, its bark exfoliates and creates multi-colored areas that are especially attractive in the winter. Kousa dogwood is tolerant of a variety of soil types and even grows well in sandier locations. Some weeping cultivars remain much smaller than the species, and they can be planted closer to buildings, such as ‘Kristin Lipka’s Weeper’ and ‘Lustgarten Weeping.’ 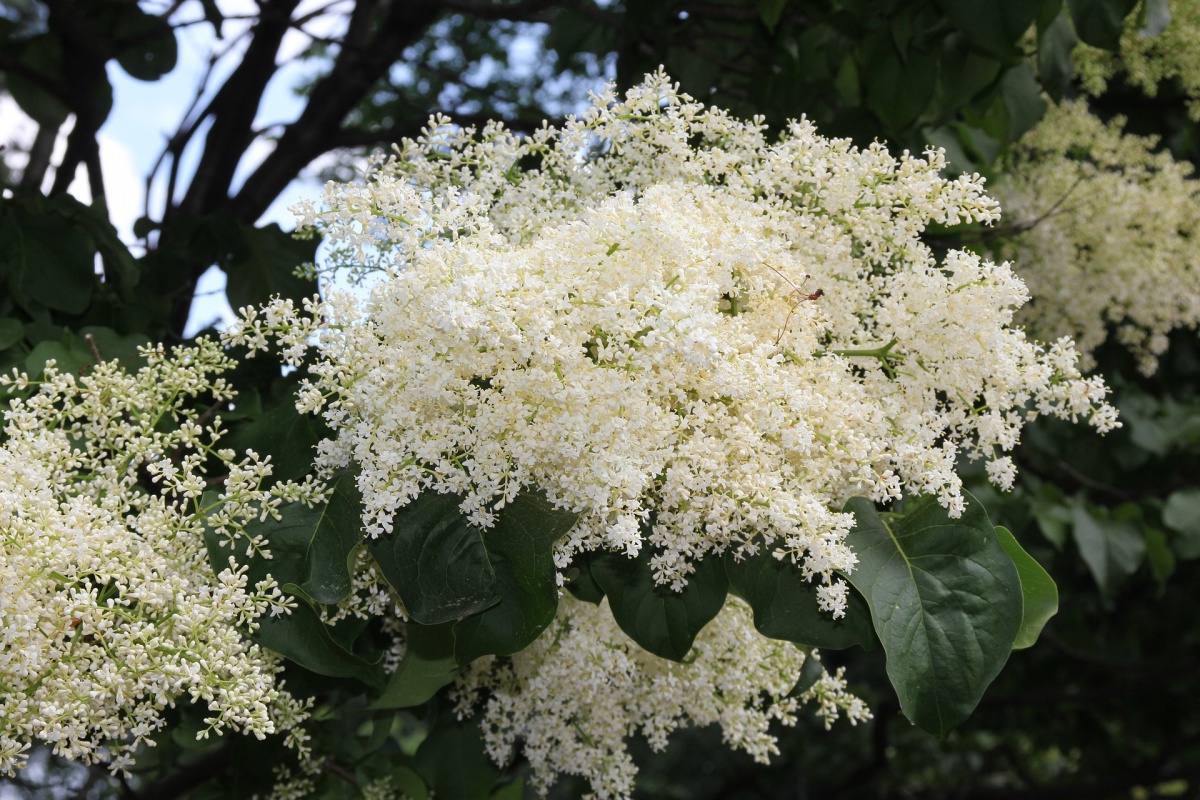 Japanese tree lilac has lilac-type white blooms in midsummer and attractive reddish-brown peeling bark on younger stems. At maturity, it can reach 30 feet tall and 20 feet wide. A popular cultivar named ‘Ivory Silk’ is slightly more compact and has a rounded crown. Though Japanese tree lilac will grow best in well-drained soil with consistent moisture, it can tolerate both sandy and clayey loams. Bloom is most prolific when planted in full sun. Japanese tree lilac is considerably more resistant to some lilac pests such as powdery mildew, scale and borers. Hardy to zone 3, this small tree is cold hardy enough to survive throughout New Hampshire. 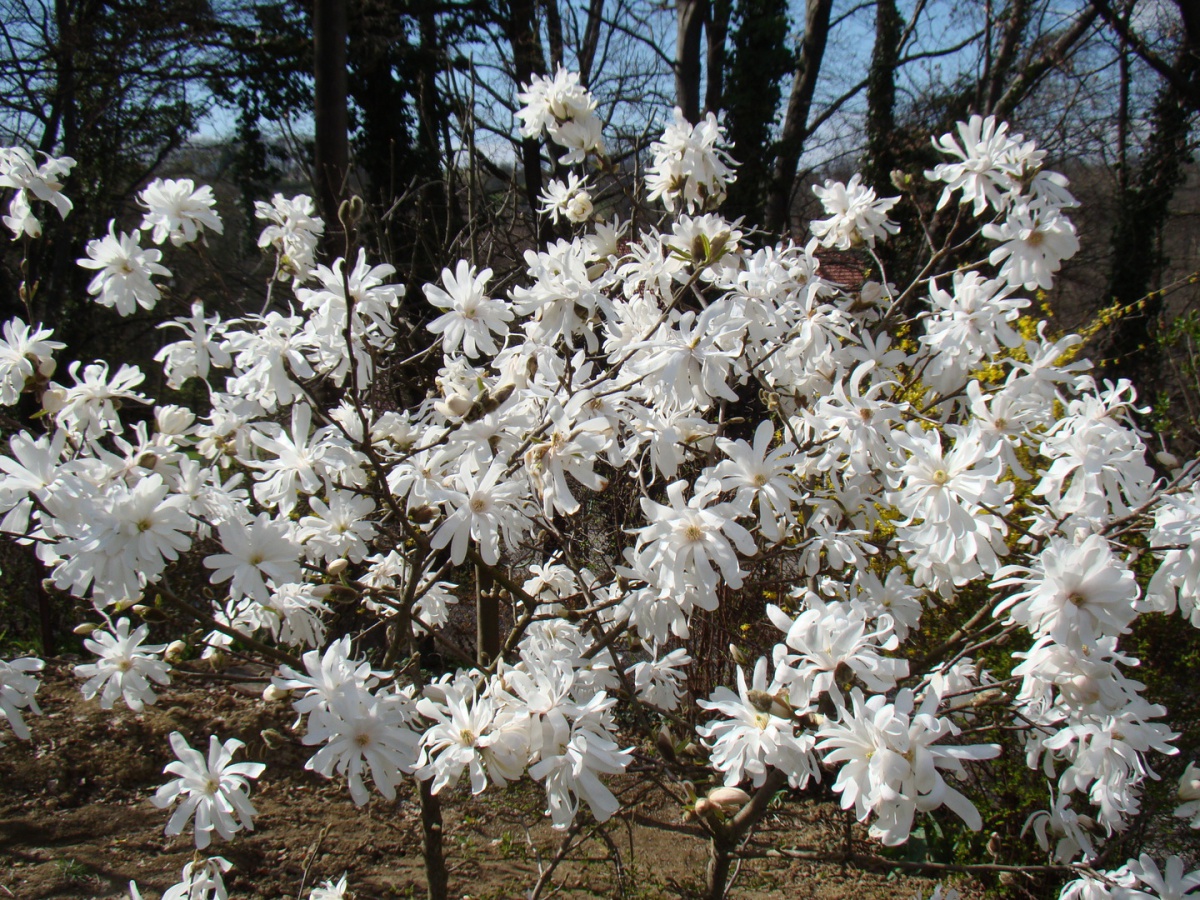 Star magnolia is a small tree that is often grown multi-stemmed. It is hardy to zone 4 but should be placed in locations out of prevailing winter winds and southern exposure to keep the buds from opening early in the late winter. Planting in full sun to part shade in an area with rich, well-drained loam will yield the most robust plants. Large white flowers with 12 to 18 petals open in March and are the showiest feature of the tree. Depending on which cultivar is grown, star magnolia can grow between 10 to 20 feet tall, with a slightly narrower width. Some notable selections include ‘Centennial’ and ‘Royal Star.’ 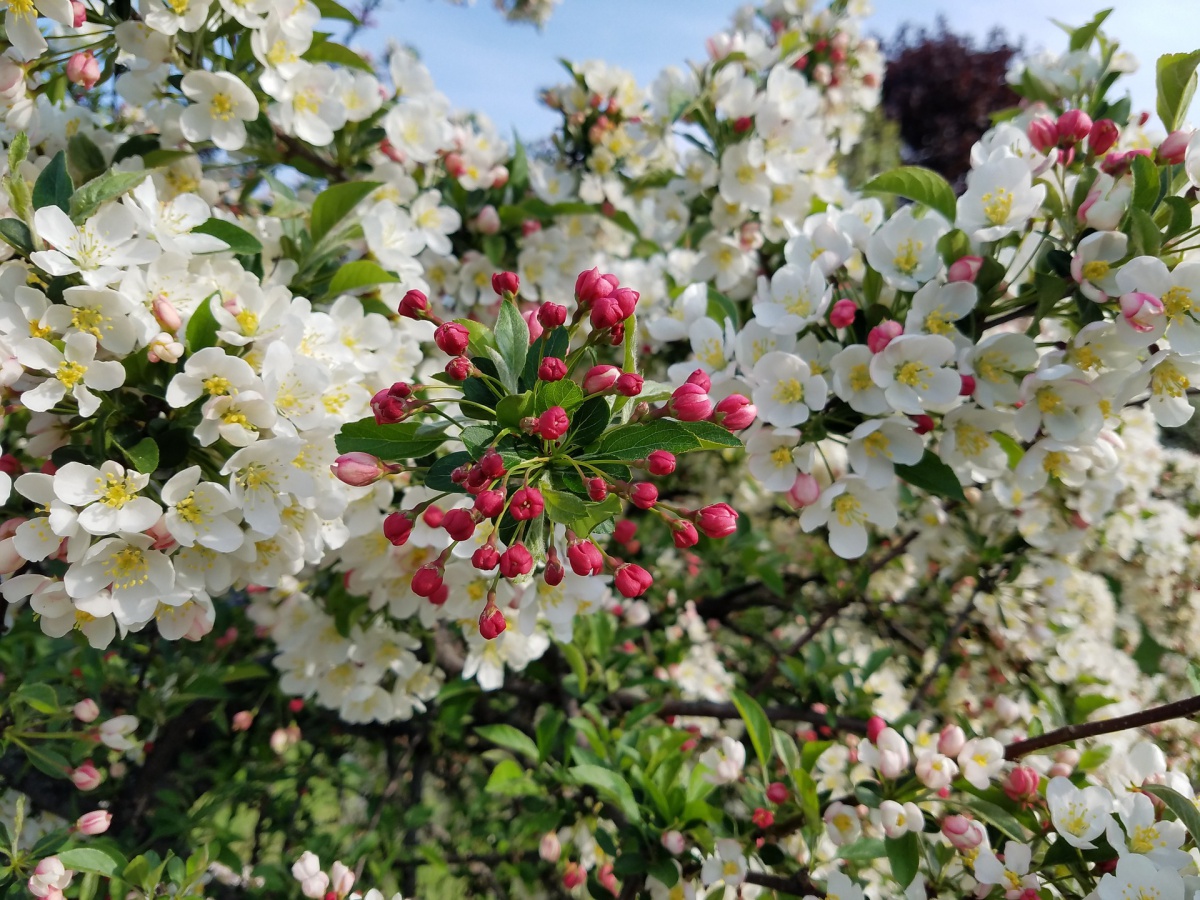 Though not native, crabapples are lovely in bloom, and they provide food and cover for wildlife. The mature height of crabapples varies widely and should be researched before purchase. While some cultivars only reach about 10 feet, others can exceed 20 feet. Growth habit also differs between cultivars, from weeping to rounded or vase-shaped. Crabapples are usually grown for their showy spring flowers that range from white to deep pinkish-red, but the fruit can also be very attractive. Some trees have persistent fruit that lasts through the winter and feeds fruit-eating songbirds. Note that crabapples can be very disease prone, so it is best to plant resistant cultivars, like ‘Cardinal,’ ‘Prairifire,’ ‘Adirondack,’ ‘Tina,’ or ‘Ruby Tears.’

The biggest mistake gardeners often make is planting trees too close to the house or to each other. Trees purchased from the nursery are usually young and short, and it is easy to forget how big they will grow. Ideally, the tree should fit in the spot it is planted without pruning. When they are spaced too close together, trees often become one-sided as the competing branches shade each other out. If one of the trees is removed, the one that remains is typically very lopsided.

Trees that are too near the house will require continual pruning as they grow. It is very difficult to control tree size through pruning without negatively impacting the form and overall look of the plant. Luckily, these issues are easily avoided by spacing trees according to their mature canopy spread. For example, if a tree is expected to grow 20 feet tall by 15 feet wide, it should be planted at least 15 feet from the house. This simple planning will help ensure that the new tree will be an asset to the landscape for years to come.

Got questions? The Ask UNH Extension Infoline offers practical help finding answers for your home, yard, and garden questions.
Call toll free at 1-877-398-4769, Monday to Friday, 9 a.m. to 2 p.m., or e-mail us at answers@unh.edu.