Winter burn on both broadleaved and needled evergreens is extensive this spring. Samples coming into the Plant Diagnostic Lab as well as calls to Extension’s Education Center -- and an informal windshield survey – show that no species was spared. When spring arrived, rhododendrons were the first to show symptoms (bleached and rolled leaves, marginal browning, flower bud desiccation and shoot dieback) in early March, soon followed by inkberry holly. Then a few weeks later many junipers, yews, falsecypress and other conifers suddenly developed tip burn, scorch and/or or entire branch dieback.

It wasn’t a bad winter as far as humans are concerned, but evergreen plants that were exposed to winter sun and winds got desiccated on those many sunny winter days. Green leaves and needles rapidly lost water through transpiration but could not refill their tissues by taking up water from frozen soil. We had temperatures that went from very warm to very cold early in the winter, when plants may not have been fully acclimated to cold, then lack of protective snow cover most of the winter, lots of sunny days, and wide temperature fluctuations (as much as a 60 degree swing in many areas of the state in late February), all of which contributed to severe winter burn this year. And remember how windy it was in late winter?!? Wind dries out exposed tissue very rapidly.

Symptoms are usually most severe on the outer (more exposed) leaves but may seem almost random in some cases. Plants exposed to afternoon sun and prevailing winds, generally from the west, fared the worst. If evergreen shrubs were pruned or sheared in the fall, or plants adjacent to the shrubs were recently cleared, or trimmed, the increased exposure of unacclimated tissues could have exacerbated winter desiccation. Salt spray from treated roadways also regularly causes desiccation of nearby pines and other trees, but usually they grow out of it.

What to do? Wait until new growth begins so you can see the extent of damage and selectively prune out dead branches. Some plants will put on rapid new growth that will cover up the damage fairly quickly. Others (think Dwarf Alberta Spruce) not so much. Try not to shear evergreens, which will remove all the newest buds and delay regrowth (not to mention putting extra stress on the plant). Keep soil moisture plentiful, and fertilize only lightly.

Are diseases or other pests involved? Cheryl Smith says to check the base of dead branches for vole damage (or stem girdling). Many pines and other evergreens have been stressed the past few years with needle cast diseases and winter injury may reduce the ability of the plants to repeatedly recover. Other pathogens may colonize stressed tissue, so injured plants may be more susceptible. If you suspect diseases are involved during the coming growing season, send a sample to the UNH Plant Diagnostic Lab for confirmation and treatment recommendations.

To make matters worse, as the weather warms up and our deciduous trees and shrubs begin growth, we may see more injury from cold snaps that may have killed susceptible buds or areas of cambium. We’ve heard a few reports of cherries and plums showing dieback already. And roots are not exempt….shallow-rooted plants like blueberry could have sustained injury when soil temperatures fell below normal levels due to lack of snow cover. The resulting stress symptoms may not appear until the first hot spell in some cases. 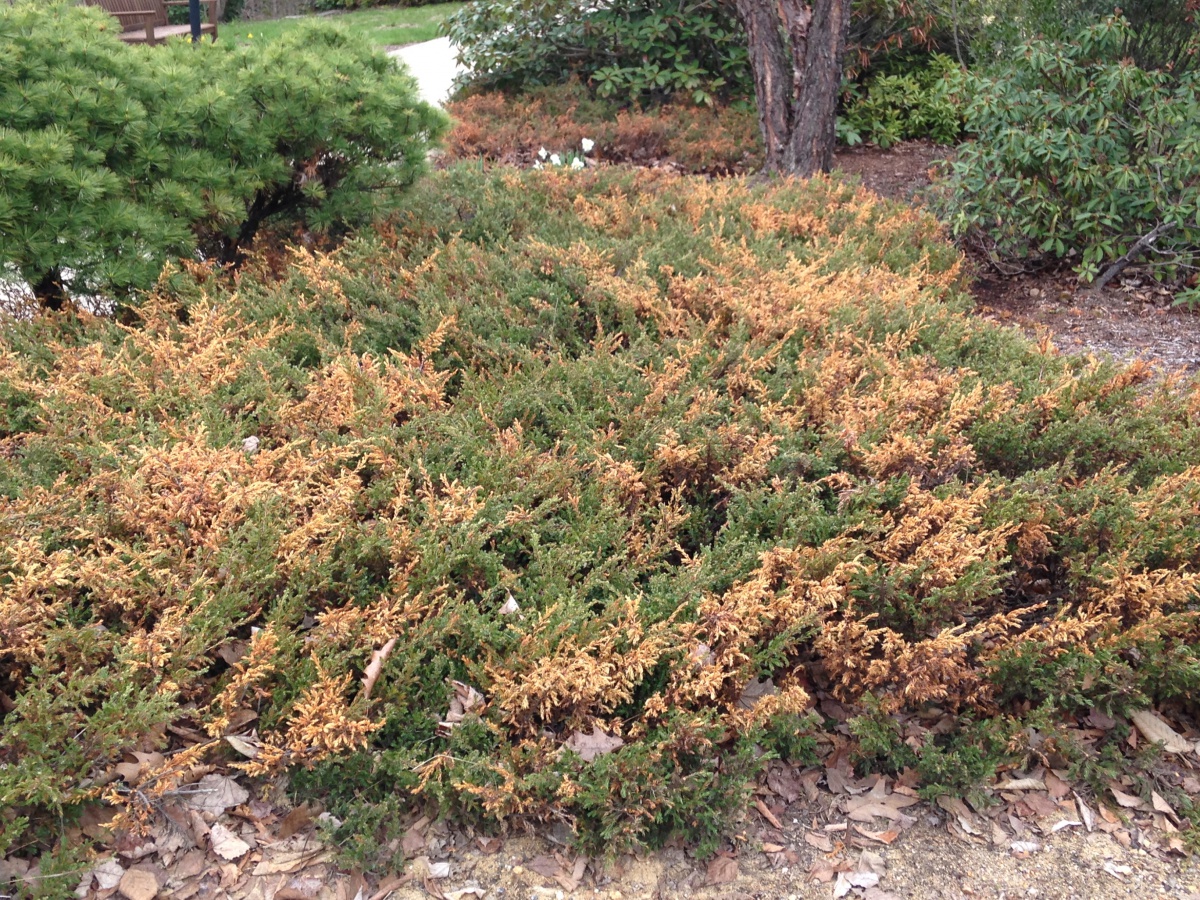 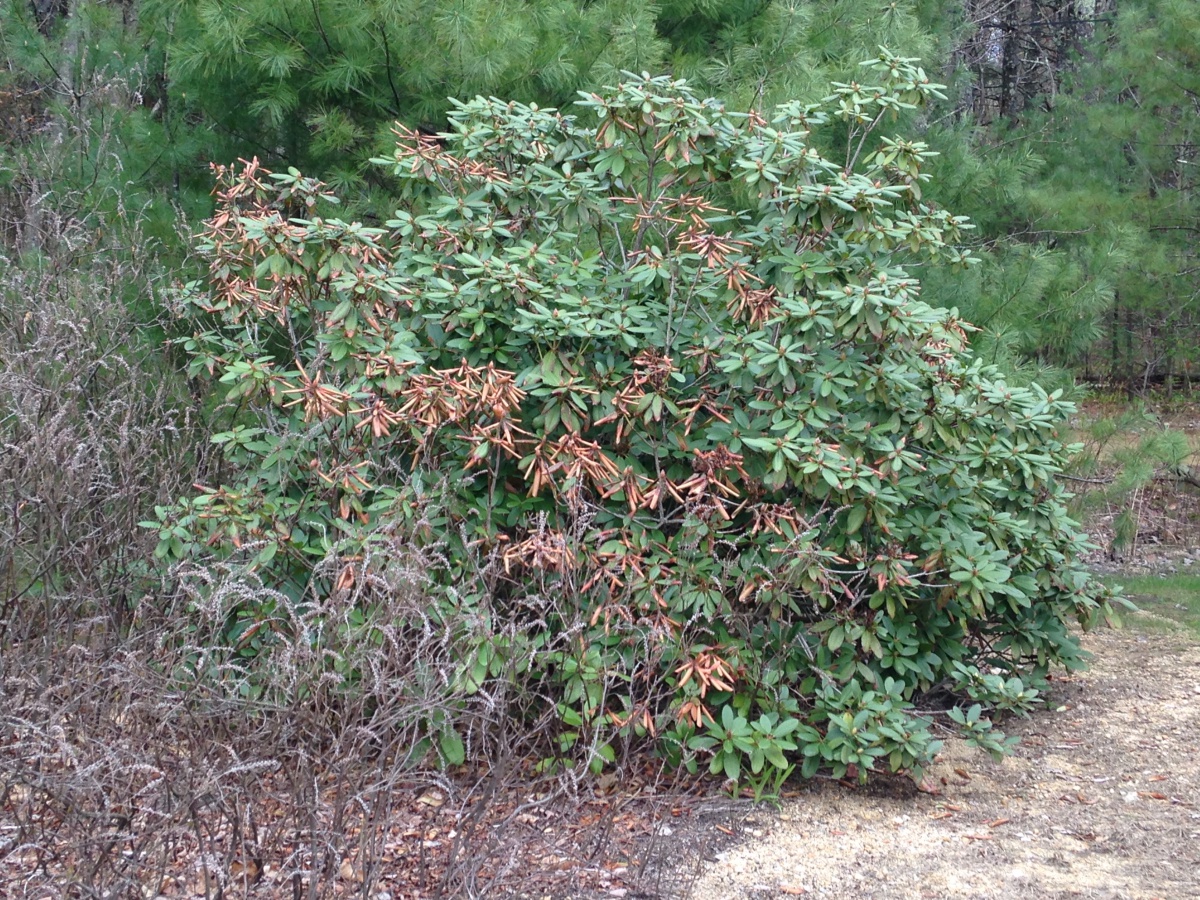