When asked to participate in a community planting, seldom do I find communities excited to plant a conifer. I frequently experience communities wanting to plant a flowering or large hardwood tree that produces colorful flowers or fall foliage. Although many hardwood woody landscape plants have the favored aesthetic appeal, it is important to incorporate conifers into the urban environment if stocking levels are low in your community. If your community values planting tree species native to NH, and are looking to increase the percentage of conifers, Juniperus virginiana, commonly known as Eastern red cedar, may be an appropriate choice for your municipality.

Eastern red cedar is a needled or scale-like coniferous evergreen. Due to its common name it is frequently confused as being a true cedar (Cedrus) when in actuality it is a juniper. Eastern red cedar is most commonly known for its fragrance, and used in wooden chests and closets due to its deep red heartwood that has chemical properties responsible for deterring moths. There is nothing too exciting about its columnar and pyramid appearance that averages about 40 to 50 feet in height with a crown spread of 8 to 15 feet. Although, the blue berry-like fruit found on female trees (that birds frequently feast on) can look quite appealing in contrast with its green foliage. I recommend referencing Adrian Bloom’s book Gardening with Conifers if you are interested in improving the aesthetics and diversity of a small parcel of land with conifers. 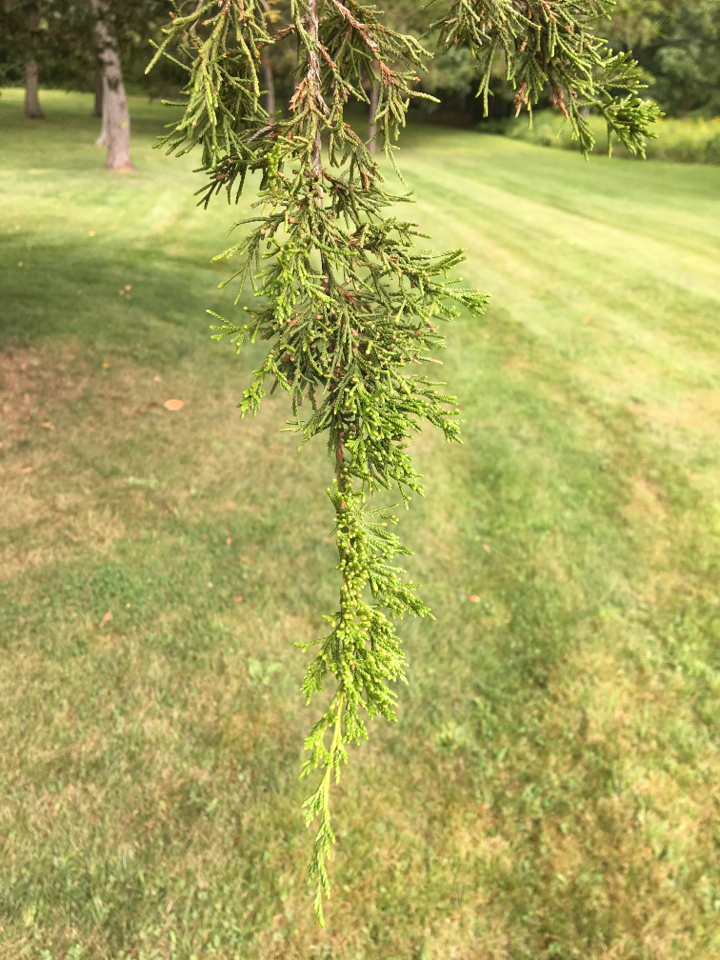 Due to Eastern red cedar being a pioneer species, it is frequently found growing in abandoned pastures and gravel pits where there is well-drained dry soil that is exposed to full sunlight. Similar to the urban environment, gravel pits usually have alkaline soils that this particular species prefers. In combination with the abnormally dry conditions our state experienced during the spring and early summer of 2018, the severe drought NH experienced in 2016, and the record breaking global temperatures we have experienced in recent years, it would be wise to consider planting a tree species that can tolerate drought conditions such as the Eastern red cedar.

Not only is it important to research a tree’s drought tolerance, it is also crucial to determine a specific tree species’ tolerance to pollution. Two types of salt pollution that are important to research prior to planting are airborne and waterborne salt tolerances. Evergreens frequently have a poor tolerance towards airborne salt since these particular trees retain their foliage during the dormant season when de-icing salt is frequently applied. They also have a low tolerance towards other forms of pollution due to their dependence on using the same foliage for several seasons. Unlike most evergreens, research has shown that Eastern red cedar has a high tolerance towards drought, airborne salt, and other pollutants such as sulphur dioxide and hydrogen fluoride.

One of the best qualities about this tree in the urban environment is it requires very little maintenance. Eastern red cedar prefer well drained soils; however, it has performed well in all soil types. The most important maintenance task to accomplish is to water the plant appropriately during the first couple of years after planting and then to cease water applications once it has become established. Issues such as pest and diseases tend to occur more frequently to this particular species when the soil is oversaturated or planted in the shade. This tree can be successfully used along streetscapes. However, it will most likely require the pruning of lower branches to meet line-of-site requirements and to provide ample space for pedestrian travel. Similar to black gum, this tree requires little pruning to develop a strong structure. 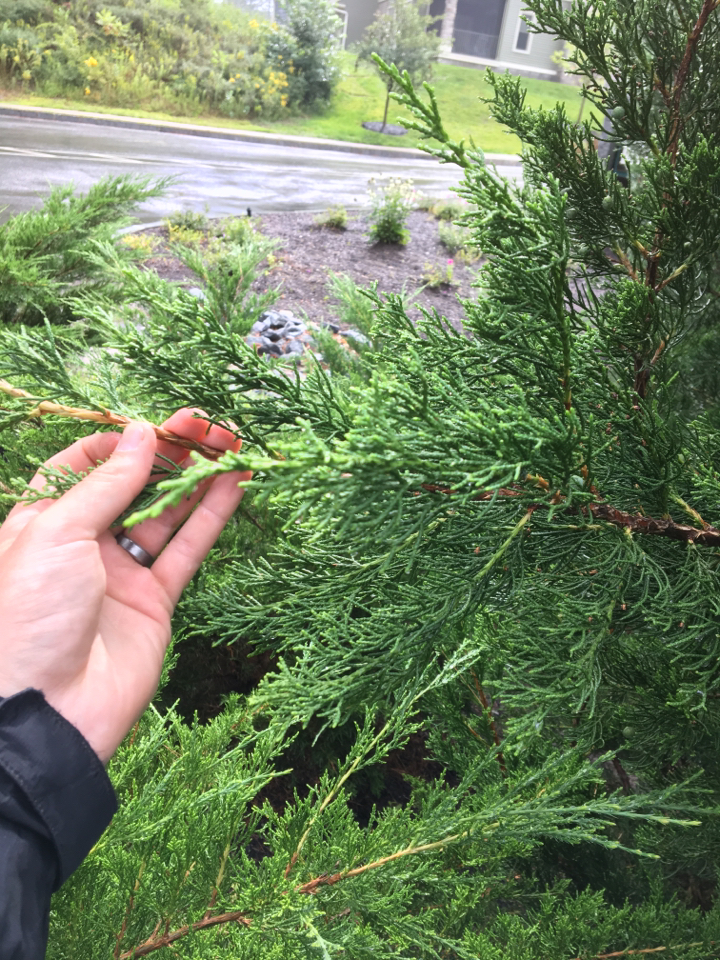 Due to Eastern red cedar’s toughness and strong structure, it is frequently used as a windbreak, a screen, and as a buffer strip along parking lots and highway medians. In urban compact areas, this species would be an appropriate choice to use in dry areas that most other species have difficulty coping with, such as the southern and western faces of dark buildings that reflect immense heat. Although this tree is fit for the urban environment in NH, avoid planting this species in close proximity to hawthorns, crab apples and especially apple orchards since it is an alternate host for cedar-apple rust and hawthorn rust.

Cory Keeffe is the Community Forester for the State of NH’s Division of Forests and Lands. His duties include providing technical assistance to communities to support the development and maintenance of healthy street trees and community forests. He received his Associate’s and Bachelor’s degree in Forestry from the University of New Hampshire. Cory is currently an International, New Hampshire, and Massachusetts certified arborist.

Urban, James. 2008. Up by Roots: Heathy Soils and Trees in the Built Environment. International Society of Arboriculture, Champaign, IL. 327, 333 pp.